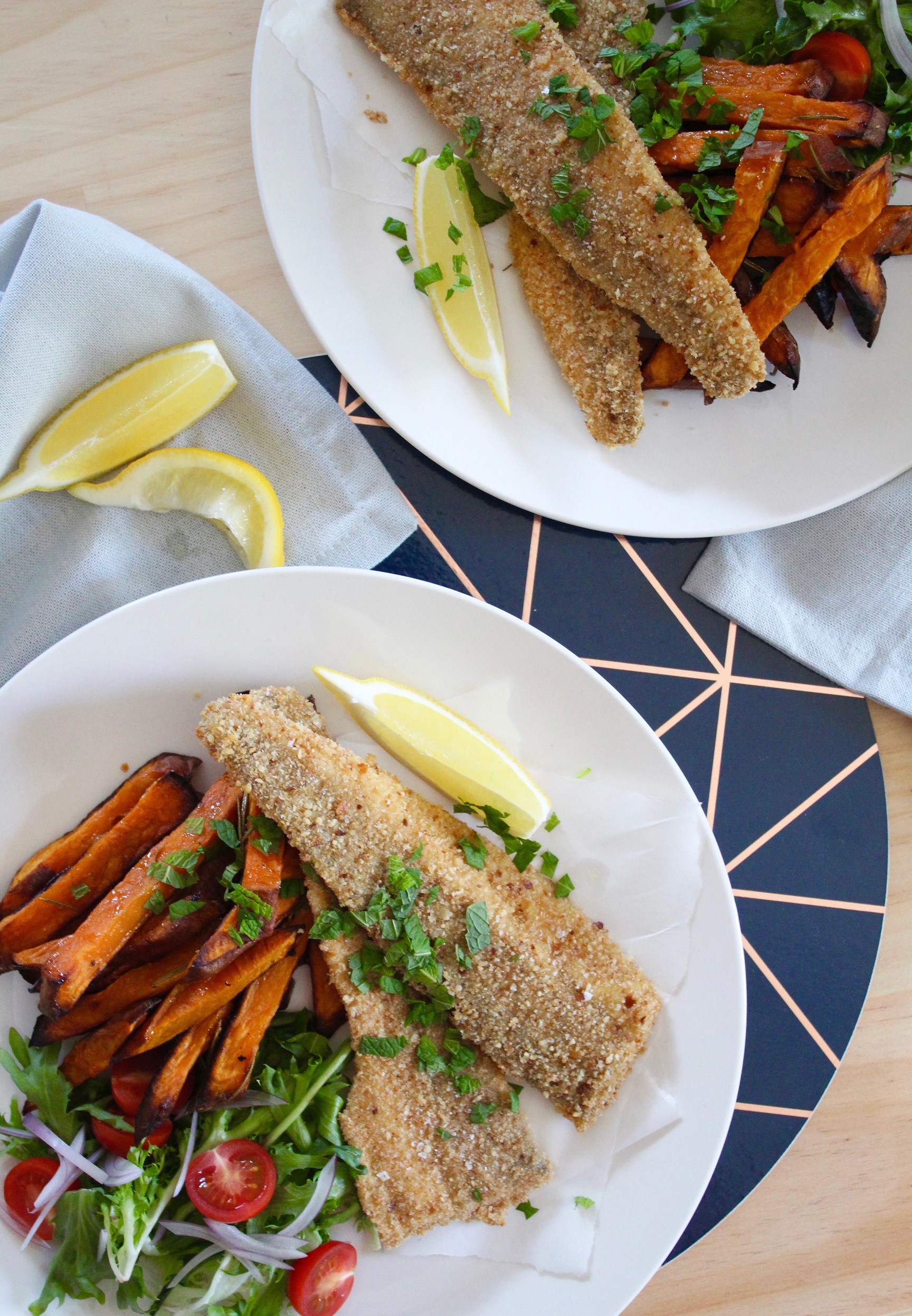 In the meantime, place the flour onto a large plate with a pinch of salt and pepper. To a separate large place add the breadcrumbs. In a large bowl add the eggs and ½ cup water, and whisk to combine. A few fillets at a time, toss the King George Whiting in flour, dip into the egg, and coat in breadcrumbs.

Line a baking tray with non-stick paper, and place the crumbed whiting onto the tray. When the sweet potato chips have 5 minutes remaining, place the King George Whiting in the oven. Cook for 5-7 minutes, or until golden and cooked through.

As the fish is cooking, place the salad leaves, cherry tomatoes and red onion into a mixing bowl. Add the remaining olive oil and balsamic vinegar, and toss to combine. To serve, divide the salad, sweet potato chips, and crumbed King George Whiting between four plates.