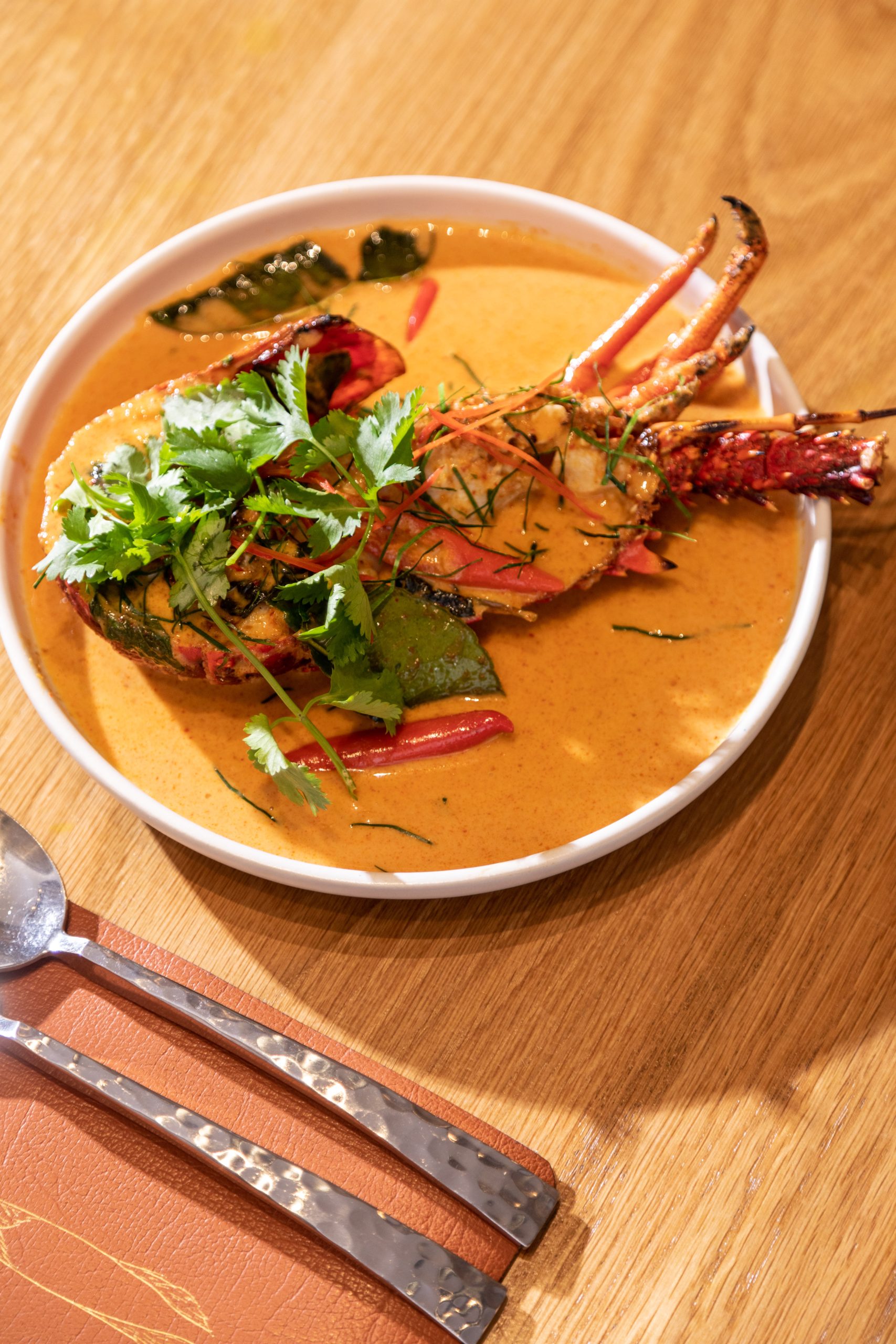 Put 100ml of the coconut milk into a heated frypan. The frypan needs to have a lid and be large enough to fit the lobster in.

Add remainder of the coconut milk

Add your thawed Ferguson Australia raw lobster half, cover with sauce and put lid on. Leave for 10 minutes or until cooked.

Put lobster on a serving dish and top with sauce.

This dish is best served with Roti bread or cooked rice. To make two servings, simply double the ingredients list.

Few people are strong enough to resist the call of Choo Chee. Hot, sweet, salty and sour, this fragrant curry sauce is well known to be paired with prawns or chicken, but SOI38 Executive Chef Terry Intarakhamhaeng has prepared a recipe for Choo Chee’s most indulgent alliance yet.

Using a Ferguson Australia 200g Southern Rock Lobster Half, SOI38’s Chef Terry’s recipe will have an exceptional creation on your dining table in as little as 15 minutes. These vacuum-sealed lobster halves make cooking this species at home all the more approachable; all you need to do is place the product in the fridge overnight to thaw.

Ferguson Australia catch the highly prized Southern Rock Lobster in the Southern Ocean off the coast of South Australia. The sweet, firm flesh has a richness that can be attributed to the nutrient-dense waters of this unique ocean. Cut, cleaned, packaged and frozen on the same day, you are using the freshest ingredients for SOI38 Choo Chee Lobster.

Once you have created the sauce, simply simmer the lobster in the frypan for 10 minutes, or until cooked. To soak up the delicious Choo Chee sauce, we recommend a side of roti or steamed rice.

Adelaide’s award-winning Soi.38, aptly named after the address of a famous street food market in Bangkok, showcases the dishes of Thailand’s regions, history and ethnic minority groups. Other recipes are sourced from historical records and handed down through family lines. Ferguson Australia are proud to supply fresh seafood to this celebrated Adelaide hospitality institution.